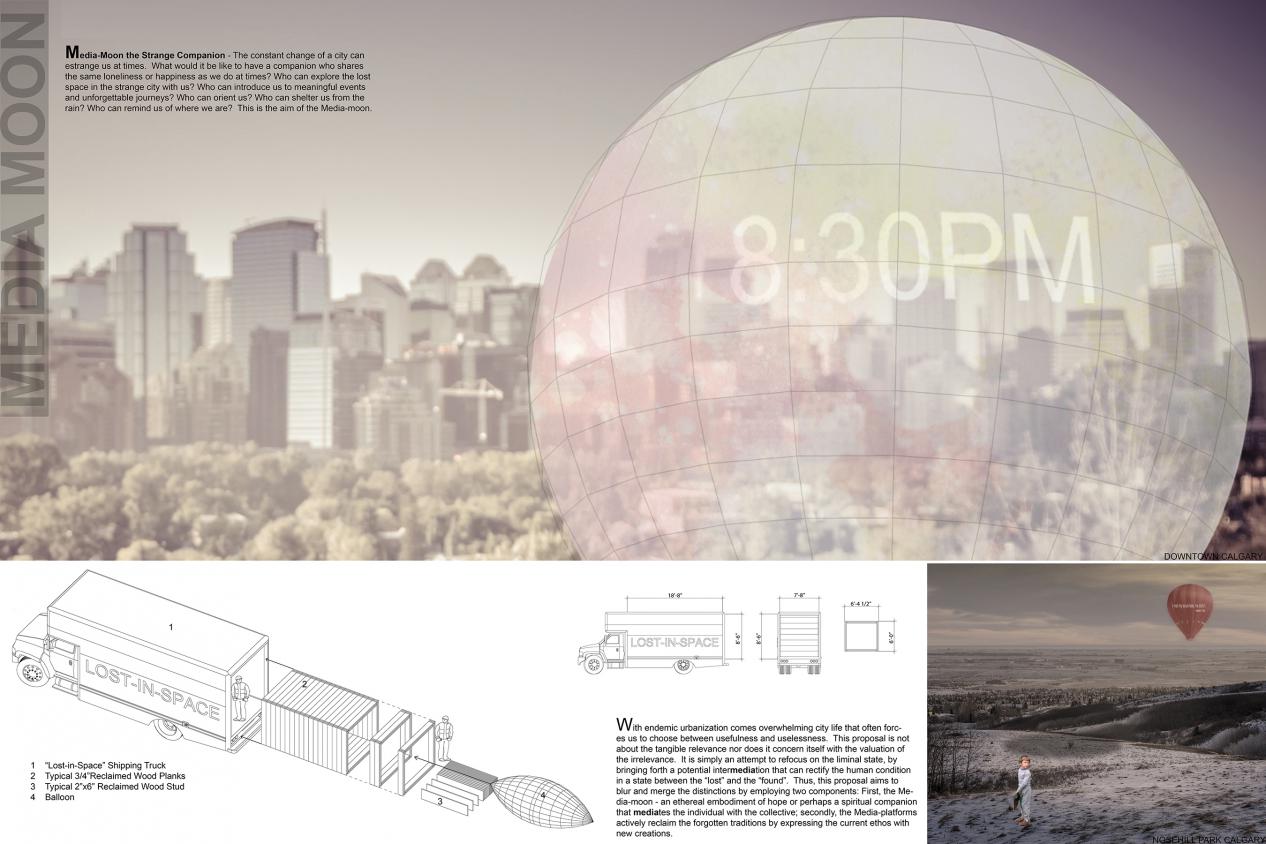 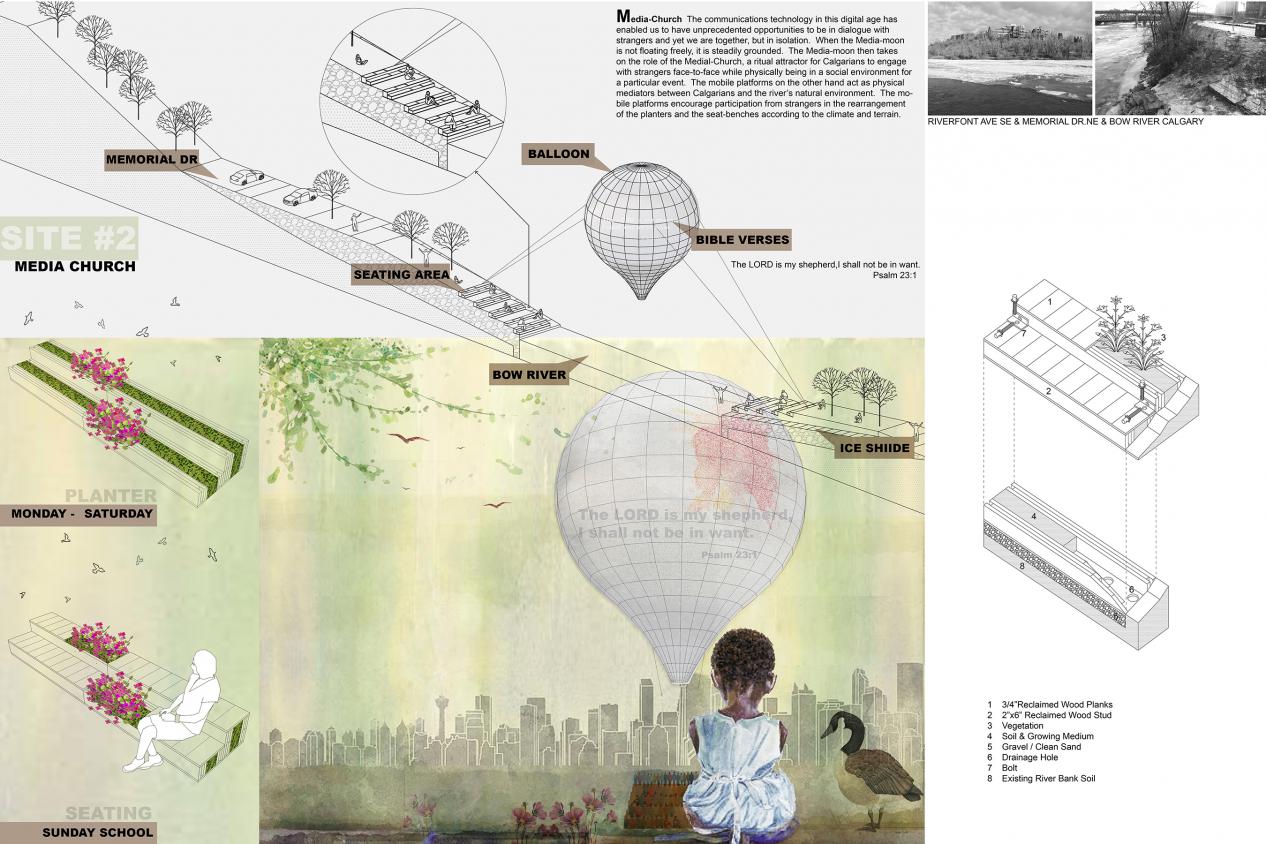 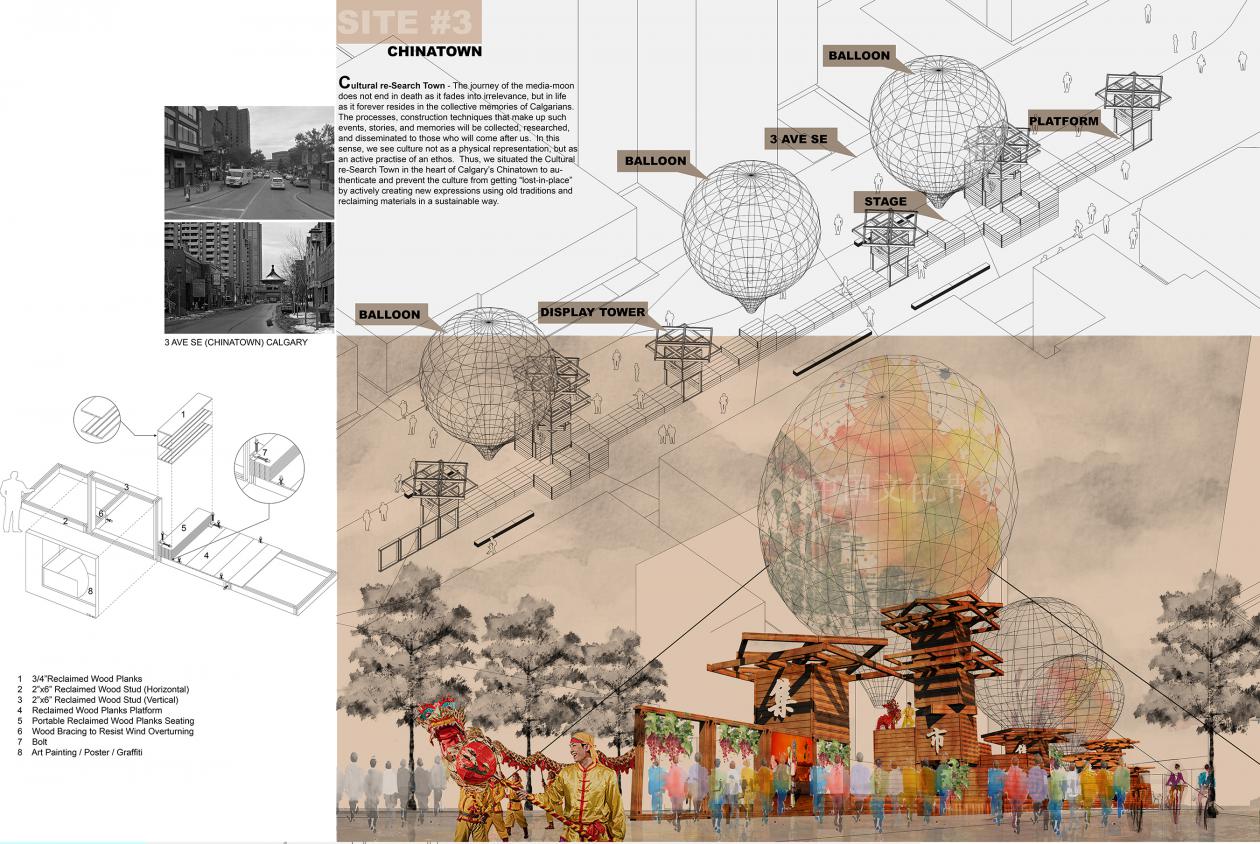 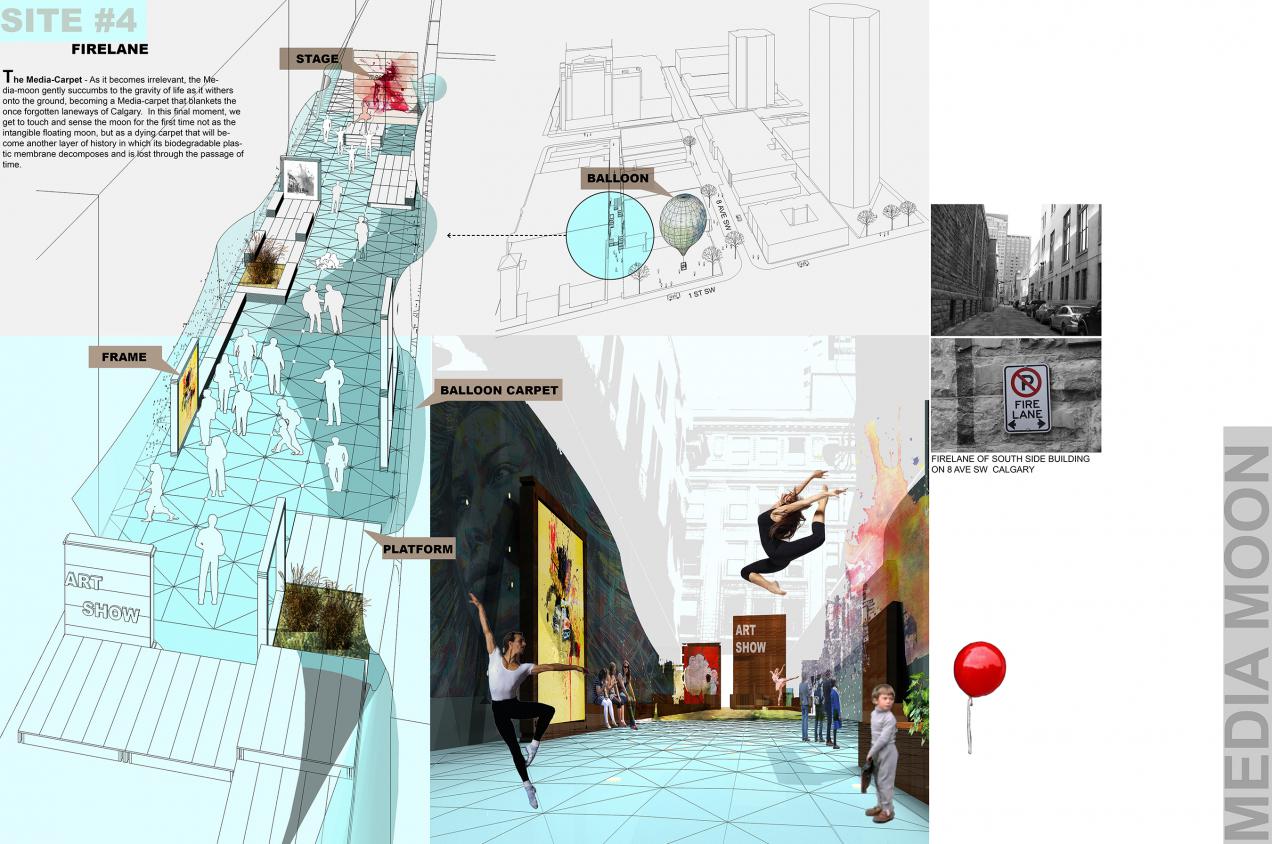 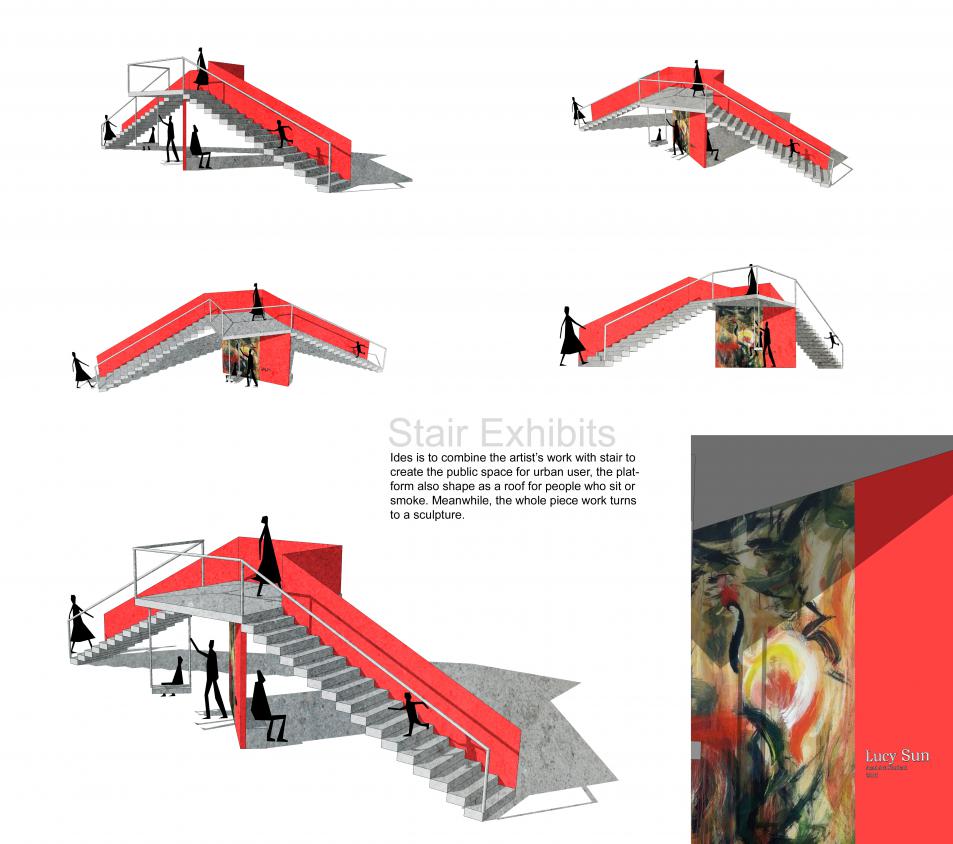 If you occasionally see a balloon with a change of time in the city where you live, what do you think?

The Lost Space is a design competition designed to inspire designers to experience the urban spaces that are overlooked but may be vibrant in the city.

The constant change of a city can estrange us at times. What would it be like to have a companion who shares the same loneliness or happiness as we do at times? Who can explore the lost space in the strange city with us? Who can introduce us to meaningful events and unforgettable journeys? Who can orient us? Who can shelter us from the rain? Who can remind us of where we are? This is the aim of the Media-moon.

With endemic urbanization comes overwhelming city life that often forces us to choose between usefulness and uselessness. This proposal is not about the tangible relevance nor does it concern itself with the valuation of the irrelevance. It is simply an attempt to refocus on the liminal state, by bringing forth a potential intermediation that can rectify the human condition in a state between the “lost” and the “found”. Thus, this proposal aims to blur and merge the distinctions by employing two components: First, the Media- moon – an ethereal embodiment of hope or perhaps a spiritual companion that mediates the individual with the collective; secondly, the Media-platforms actively reclaim the forgotten traditions by expressing the current ethos with
new creations.

Media-Church The communications technology in this digital age has enabled us to have unprecedented opportunities to be in dialogue with strangers and yet we are together, but in isolation. When the Media-moon is not floating freely, it is steadily grounded. The Media-moon then takes on the role of the Medial-Church, a ritual attractor for Calgarians to engage with strangers face-to-face while physically being in a social environment for a particular event. The mobile platforms on the other hand act as physical mediators between Calgarians and the river’s natural environment. The mobile platforms encourage participation from strangers in the rearrangement of the planters and the seat-benches according to the climate and terrain.

Cultural re-Search Town
The journey of the media-moon does not end in death as it fades into irrelevance, but in life
as it forever resides in the collective memories of Calgarians. The processes, construction techniques that make up such events, stories, and memories will be collected, researched, and disseminated to those who will come after us. In this sense, we see culture not as a physical representation, but as an active practise of an ethos. Thus, we situated the Cultural re-Search Town in the heart of Calgary’s Chinatown to authenticate and prevent the culture from getting “lost-in-place” by actively creating new expressions using old

The Media-Carpet
As it becomes irrelevant, the Media- moon gently succumbs to the gravity of life as it withers
onto the ground, becoming a Media-carpet that blankets the once forgotten laneways of Calgary. In this final moment, we get to touch and sense the moon for the first time not as the intangible floating moon, but as a dying carpet that will become another layer of history in which its biodegradable plastic membrane decomposes and is lost through the passage of time.