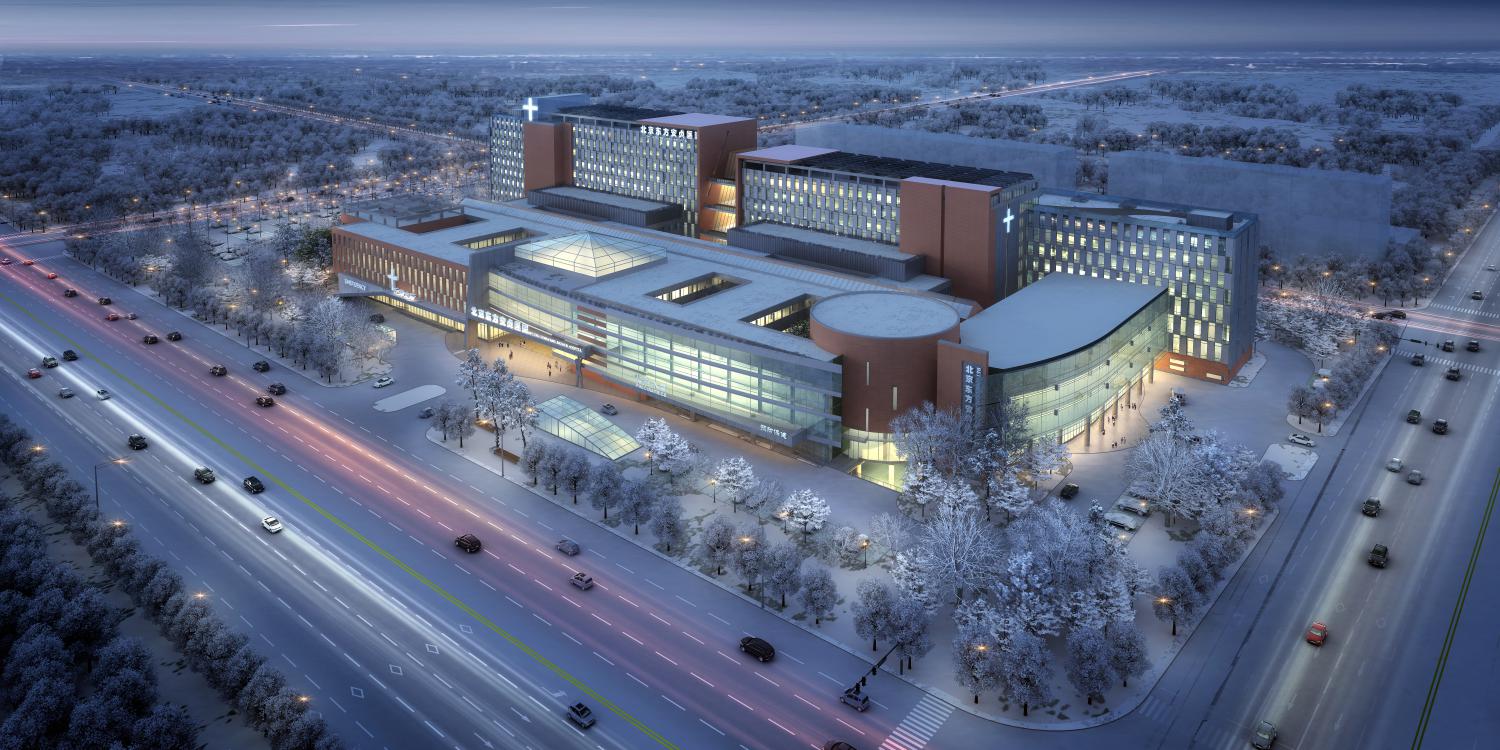 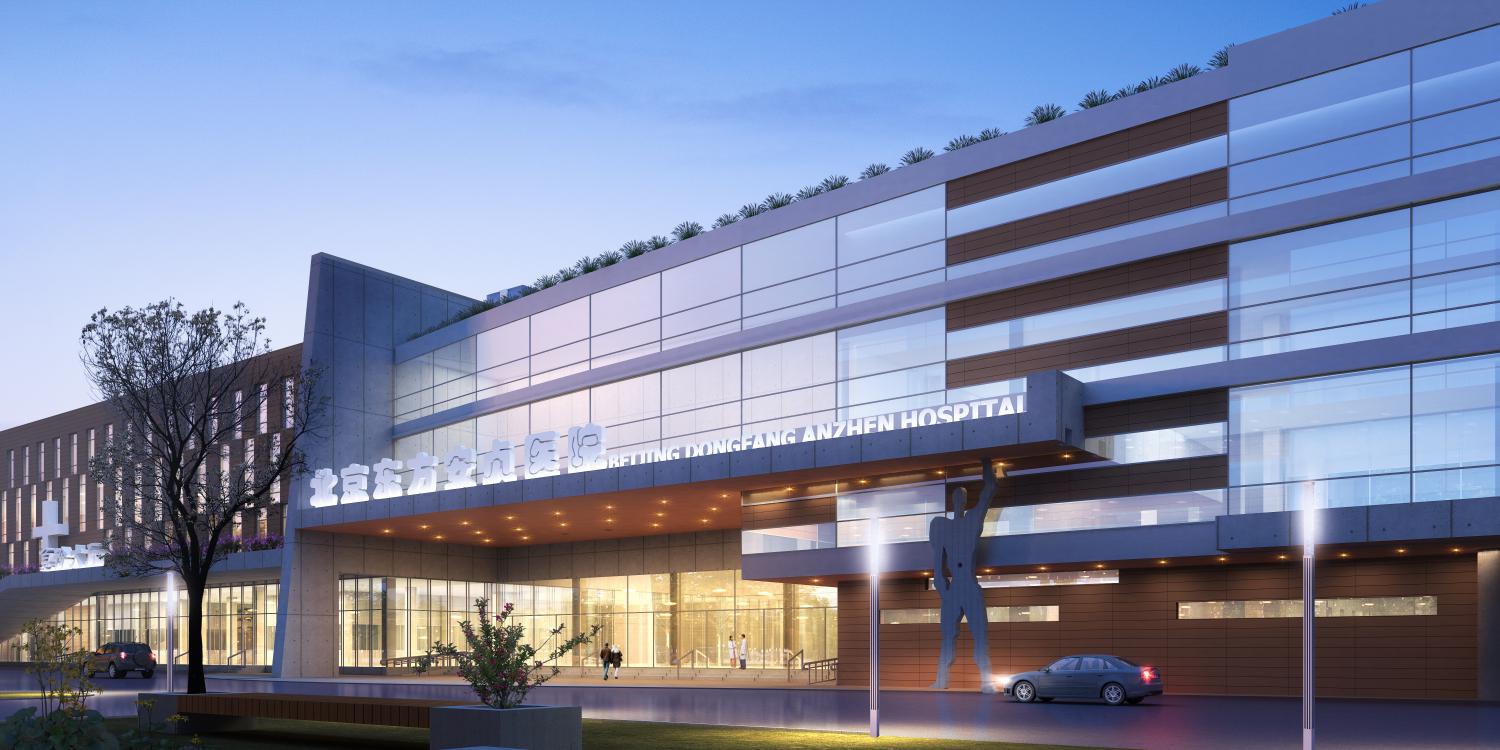 New Oriental Anzhen Hospital is an expansion project in a new site, including hospitalization, outpatient, medical technology, pediatrics, physical examination, emergency department,A general hospital with many functions such as commercial and retail. Due to the constraints of the site, the main entrance to the hospital was placed on the north side of the site. At the same time, outpatient, emergency and pediatric parts are arranged along the street.

The layout of traditional Chinese hospitals is symmetrical, and the form of the facade is relatively rigid. The original intention of the program design is to change this inherent hospital impression. First, we broke the mass of the two inpatient departments and eliminated the sense of symmetry. At the same time, we expressed the main entrance of the building in a more implicit way. The circular treatment of the northeast corner effectively weakens the corner of the site, giving a sense of intimacy, while considering the use of a sinking square to match the changes in the body.

The construction of the façade borrowed the treatment of the dark red terracotta board on the facade of the old Anzhen Hospital, forming a memory resonance. At the same time, a “Corbusier” was used at the entrance to lift the canopy, which gave people strength and protection.