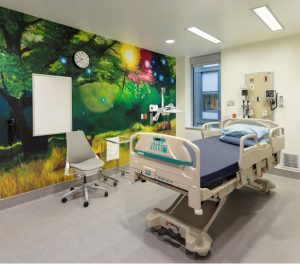 The essence of hospitals is for the rehabilitation of patients, embodying the so-called 3H principle, namely (HEALTH, HOPE, HEALING). Most of the hospitals visited do not have a particularly gorgeous appearance and exaggerated city scale, or even can not be called “landmark” buildings, but they fully meet the psychological needs of patients and medical staff for the environment. For example, the long ramp of the spine treatment center, the animal design of Vancouver Children’s Hospital, the small atrium and communication space filled in the space of each hospital, all reflect the principle of people-oriented design.

2. Make full use of color to express users’feelings

Colour plays a very important role in hospital design, especially in the two children’s hospitals visited, which have more full display of color. Colors include stained glass facades; clear zoning and marking guidance by using colors; spatial guidance by changing vegetation landscape indoors and outdoors, etc. The color is based on the user’s psychological point of view, rather than simply emphasizing its architectural artistry. Taking Calgary Children’s Hospital as an example, according to the survey, its facade design has been criticized by many architects, but it is popular with local children. It can be seen that the expression of design to users’demands is very important in medical design.

Apart from the clear space partition, its artistic expression is also very important. The lobby is usually highlighted, but because there is no huge outpatient service in China, the entrance space is mostly pleasant. Space is mostly guided by color and shared space. Recent designed hospitals, such as the South City Hospital of Calgary, pay more attention to the full use of natural light and visual links between indoor and outdoor courtyards, in order to enhance the spatial extensibility. The power equipment of Vancouver General Hospital is placed on the ground part, which integrates ingeniously with the landscape to form a garden landscape, so that the overall expression is full of art and human feelings. The design space of atrium space is rich, varied and pleasant. The scale of main street and public passage is also suitable, and the area is more efficient. No pursuit of high, big and broad, it is worth learning from.

The agility of space is not only contained in the abundant spatial relations and light-shadow relations in the lobby, but also embodied in the design of small waiting space for triage. Children’s hospitals mostly design children’s play space in these areas, while general hospitals mostly allow these areas to be irradiated by natural light, eliminating the anxiety of patients waiting.

In addition, there is no symmetrical “butterfly” layout in the layout of the building site. The building is formed naturally according to the topography, surrounding environment and urban context, and becomes a part of urban culture in harmony. Graphic design is similar to hospital design in the United States, and its function is relatively centralized. A considerable number of underground parking spaces have been set up in the new hospital, and single rooms are the main wards.

While paying attention to medical care, hospital space emphasizes its sense of community, such as the design of coffee, catering, and small-scale stores in many public areas. It doesn’t feel like seeing a doctor in a hospital. This design is designed to meet the needs of patients’food and beverage, and to achieve the purpose of emotional transformation through functional transformation. For example, in the shared area of the Calgary Children’s Hospital, there is an idle piano for everyone to play. This kind of hotel lobby space movement, let a person get away from the hospital dull space impression.

In addition, the growth of a city and a community is often accompanied by the construction and development of a hospital, so the hospital can reflect the evolution and progress of the city civilization to a certain extent. In the course of our visit, we saw a lot of propaganda about the development of the hospital and the historical events of the city at that time (such as the role played by the World War II Chinese Medicine Hospital, etc.); we saw the honor list wall of the local donation hospital, and saw the scenery of the city and the surrounding landscape photos. Even in gift shops, hospital label hats and refrigerator stickers can be found, and services and culture are fully implanted into the design of each hospital.

As mentioned above, most of the hospitals visited did not emphasize too gorgeous appearance, but emphasized the key space. The Canadian province of British Columbia is rich in timber (douglas fir Douglas fir fir) so this material is especially used at the entrance to the lobby or outside the canopy, reflecting the local characteristics and primitive sense of nature of the building. The material of exterior wall is flexible and changeable from precast concrete hanging slab to wood and metal aluminium slab.

Hospitals are limited by site and investment, and most newly built hospitals leave space for their later development. However, most of the general hospitals located in the city center are facing inadequate conditions for expansion. At the same time, the ancient buildings of hospitals with historical traditions are also treasured as historical and cultural heritage which needs to be protected. For example, the old buildings of Vancouver General Hospital need to keep their facades intact during the expansion. This is the contradiction and problem that all hospitals will encounter in the evolution of urban civilization.

Canadian hospital projects mainly come from government investment, and now more are using the so-called P3 cooperation mode, namely PUBLIC & PRIVATE PARTNERSHIP. Because of the limited funds, the facade of the outer wall is often not heavy-colored, but the interior hardcover and art space are elaborate. In addition, because the human cost in Canada is much higher than that in China, the project management is more careful and strict.

Because there are many participants and decision makers in the whole design and construction process, architects and project managers often bear great responsibilities and pressures. Construction drawings must be accurate and become legal documents. Peacetime decision-making documents must be effectively preserved as written documents for future disputes. At the same time, OWNER owners, ARCHITECT architects and CONTRACTOR contractors, the responsibilities and rights between the three are constrained by a complete legal text to solve the inevitable legal problems. (Refer to the standard contract documents of the American Institute of Architects)

Due to the complexity of medical construction process, there are many equipment and pipelines. Since 2008, Canadian firms have been gradually over-BIM in the design of medical buildings. The general tender documents require the designer to provide a complete REVIT model of the building to reduce the problems of construction and drawings. In terms of hardware requirements, the Chinese design team lags far behind the Western architectural design practitioners. 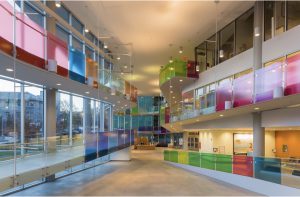 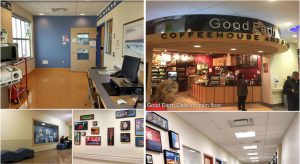 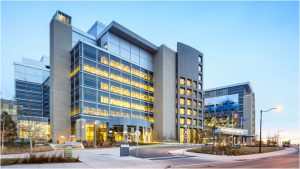 Some of the photos are from the Internet and the copyright is owned by the original author.